Become a member of the ATBA-UK

Become a member of the ATBA-UK this year to get loads of bonuses!

- Get money off event entry fees

- Get a discount at many shops and Mounainboard Centres

- Get the monthly ATBA-UK news letter

CLICK ANY OF THE ABOVE TEXT FOR MORE INFO

This weekend was the beginning of the RAW Kite 2015 British Championships.

It was the first event of the year, and it started with the Land board and KiteBuggy amateurs, giving a nice indication as to what kite size would be best to ride. The 19m Fury Lite seemed to be the most suitable until two heats before, when the wind finally came through. So I decided to take the 13m Fury out there instead as it felt like the better kite to use.

My First heat was against my good friend Lewis Wilby, we ride a lot together on land as well as water, so I knew that the heat could have gone either way. I threw down some different tricks such as a grabbed inverted 720, 360 board offs, toeside 720s to blind, raleys, unhooked 1080s and board off varials, but unfortunately for me I dropped a few other tricks, which meant Lewis won the heat, landing all but one of his tricks. But being a double elimination, I still had the chance to work my way back up!

My second heat was against James Tideswell (Floyd), taking a different aproch to this heat, I went for some simple tricks first of all such as 360 foot outs, board offs and 360 grab bar spin. Then knowing I landed some of the smaller tricks, I then finished of with landing some harder tricks to blind and unhooking for some powerd moves, putting me throw to the next round.

Heat 3 was againts Ash Garwood last years British Champion, so no easy ride!! The heat kicked of, I got some inverts to blind, unhooked 1080s, board off 360, foot outs, whilst Ash continued to put the presure on! So I then did a handle pass and shifty 3s which advanced me to the semi final.

The semi final was against Will Rose, Will is a stylish rider and very smooth. In this round I went for a mix of tricks, even threw in a pop shove it and manuals to give my run as much flow as posable. This was enough to put me throw into the final.

The Final!!! Once again I was back in the arena against Lewis for the second time in this event. This was the final round and it was time to really pull all the tricks out the bag, I threw some inverted 720s, unhooked 1080s, raleys, board offs, landing blind, 360 kite loops, handle pass and shifty 3s. However, Lewis went on to take the win, leaving me with 2nd, a totally amazing event, well done to all the other riders, can’t wait for the next round in Ainsdale.

Utah and crew are going on tour in the USA!

OzoneTeam 2015 from Marvin Lorenzen on Vimeo.

On Saturday, March 14th was again battled between landboarders and kite buggy riders in the

enthusiastic participants competed for the coveted title. Sponsor of the kite - landboard game, this

time again Trampaboards, they again provide cash vouchers for the top 3 in each category. At half

past 12 the first riders start in the freestyle landboarding contest. The principle is a knock - out match

with the opportunity to come back twice in the game via a kite for life heat. In Heat 1 was already

clear that the jury a difficult task waited. The participants also consisted of the top riders in the

Netherlands, Germany and Poland a few Belgians also ventured between these top riders. After the

knock - out heats, there were four riders on (two Germans, a Dutchman and a Polish rider), they

between the Dutch, Yusca B and the German junior Max L . The battle was won by the Dutch rider

Yusca B. Place 1 & 2 if the German Emanuelle N. compete against the Polish rider Paul Baxx, it was

very exciting final, but ultimately it was the Polish rider who was allowed to take place on the highest

step. The juniors were with sixes, the top 3 in the overall ranking, if a separate final drive to set the

stage for the juniors. This final was a German spectacle; Julian H. allowed entering the top of the

podium with his side Passi S. and Max L. There was one German lady, Luisa B. in the league, so it was

definitely the place of honor in its category. But in the overall ranking, she defended her yet beautiful

After the boarders had the honor to the buggy drivers to compete for the title. With tens ze'n they

went into battle. Two qualifying heats were driven and the best four were against each other in the

final heat. Here it was over Germany, the battle for the podium went pretty equal. But it was still

Pascal L. who took it for Yannick S. and Moritz G. The buggy ride there were only two juniors, so the

final position in the overall standings here some stage, in the first place finisher Nico K. and second

place was Passi S. Again, the ladies were underrepresented and were the first place for the Dutch

It was a cold but cozy edition, thanks to all the participants, sponsors and supporters. Up to 2016. 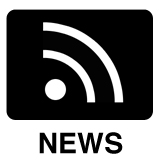 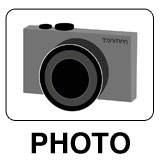 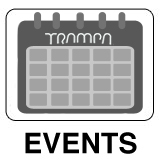 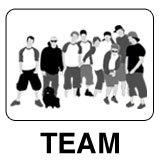 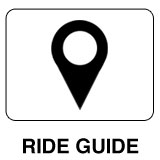 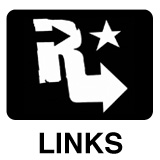 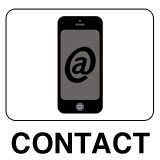